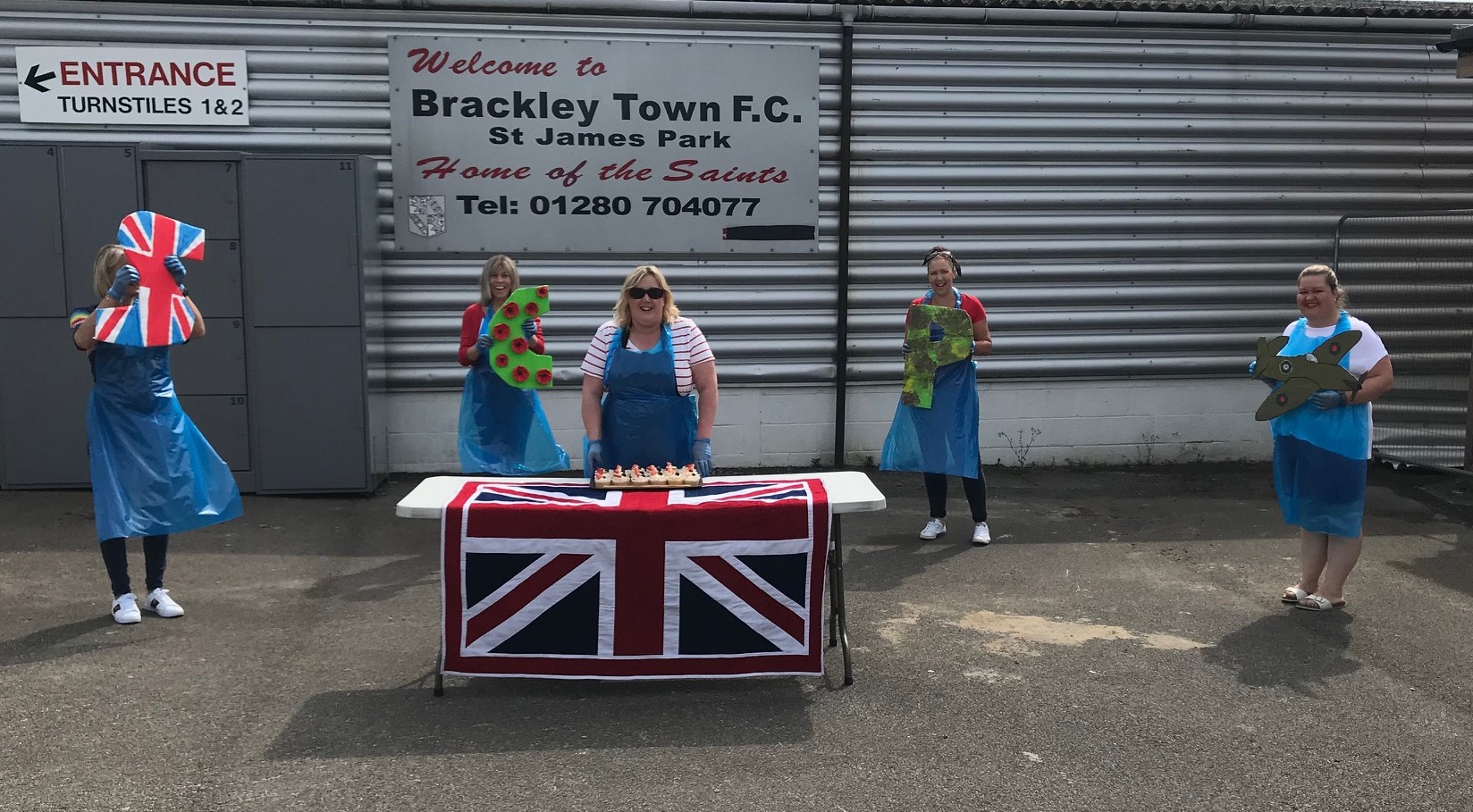 Based in Northamptonshire, Brackley have been running a project for older people for the last five years. During these times the project has had to re-adjust to support their most vulnerable and isolated community members.

At the beginning of March with lockdown they were able to create support networks so that their project members could continue to receive support. A full phone network was set up and coordinated. They were able to distribute a large supply of books, magazines, colouring, cards, jigsaws and games in set packs which were rotated to members.

Some members had internet access so they created a Facebook on-line support group, checking-in each morning and chatting throughout the day (and often late into the night). The idea was to offer support, ideas, general chit-chat and to have a giggle. They hold regular FaceTime group chats too, as well as a weekly on-line quiz and ‘Brian’s On-line Bongo Bingo’ sessions.

Many members live on their own with no family locally, and so needed extra support. Local children drew rainbows for their windows, as well as writing letters to them. They also arranged extra support, through the local council in terms of food parcels, prescription collections and phone calls.

Food was an important part of the project. Starting with providing the odd home-cooked meal to ensure certain members were receiving good nutrition, they organised an Easter Luncheon where they all ate separately but together. This was followed by a VE Day Afternoon Tea and a Summer Garden Party. During this time they provided home cooked meals to nearly 60 members over 12 weeks during the worst restrictions. With the help of a local restaurant they are now able to hold a socially distanced drop in luncheon once a week.

Kim Grantham, one of the project organisers said “The last few months have been a challenge for us all and our members. It has been emotionally and mentally draining. The unprecedented disruption to their daily lives and routines, concerns over loved ones, the complete isolation and loneliness of being on your own for a prolonged and undefined amount of time. Bundled up with the anxiety and fear of catching the virus. Together we are getting through this rollercoaster and we will continue to do so just like one huge dysfunctional family – supporting one another, adjusting what we do as time progresses and focusing on the time when life might return to normal.”

They have worked with Waitrose – Fareshare who provide weekly donations of fresh vegetables, fruit and bread which are distributed to members. Their local volunteer bureau kept them up to date with information concerning doctor and hospital appointments, pharmacy systems and deliveries as well as providing buddies for their most vulnerable members.

The MC All Stitched Up local charity provided everyone with washable masks free of charge.

One of their members said

“I could write 5000 words on the acts of kindness and solidarity I have seen over the last 6 months, the tears, people that have come forward and the mountain of support that has been received for our Group. I am humbled that I live in a town with a football club that might have bad days on the pitch but is absolutely winning with supporting a section of its elderly community and bringing everyone together in spirit of what really is important. Not only do our members feel supported from the quote above but they have impacted my life just as much and offered an ultimate kind of emotional support.”