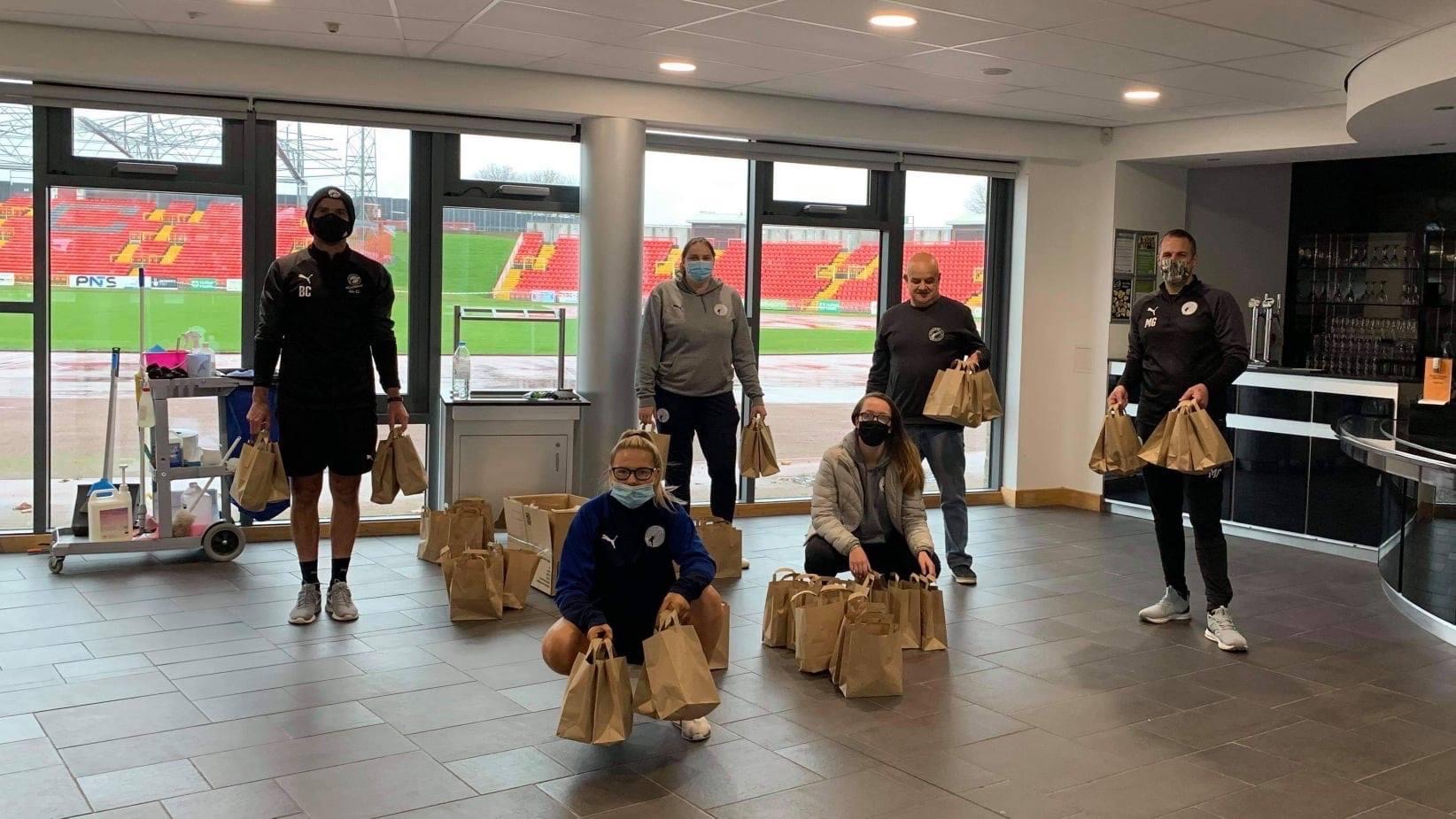 At the outset of COVID-19 the Gateshead Football Club Foundation setup the Heed at Home service to help supporters and vulnerable people cope during the difficult time. With people self-isolating and missing daily contact with others, the Foundation felt that a telephone call would be a great way to stay in-touch and raise people’s spirits, and fans could email, text or call to book an appointment to chat to a member of the Foundation.

During this period, the Foundation made over seventy calls to both supporters and non-supporters of the Club up and down the country, covering all ages and gender. Conversations ranged from favourite players, past managers, matches including the Wembley game as well as the problems the previous year when the Club had almost gone out of existence. The Foundation also hosted a live online quiz in conjunction with Heed at Home, to bring the fans together in isolation.

In one case a call was made to a ground-hopping football fan from Wales, whose friend had contacted the Heed service as the person was struggling with isolation and mental health issues. Ben Clark, the Foundation’s community sports officer (former Gateshead player, captain and manager) had a long chat with the fan discussing the grounds Ben had played at – which the fan had visited over many years.

The Foundation also joined with an umbrella group known as Best of Bensham Collaborative to provide COVID-19 compliant weekly football training sessions during the school holidays for children. 14 children attended the sessions and were provided with a meal at the end of each of their sessions by the Best of Bensham staff.

The foundation was contacted by Gateshead Council and Brighten the Day to see if they could host any activities as part of the HAF programme, so during all school holidays the Foundation ran a total of 18 sessions for an average of 50 children per session. Each session was from 9am until 3pm, food was provided by the council and the Foundation provided the coaches and the activities.

Alan Weddle, Chair of the Foundation said: “This initiative has helped keep communication going with vulnerable football fans. This has been an essential lifeline for people at a time when football was not being played and staff were furloughed meaning that there was little or no football news reported.”